Goals are the Guide to Learning

Part 2 of a 3-part series on how to supercharge your online content! Learn how to make your online course easier to follow by leveraging simple design techniques: chunking, developing clear goals, and adding in visual aids.

This article is part 2 of a 3-part series where I walk you through a step-by-step process to take your online course content from a “wall of text” to a supercharged, easy-to-digest format.

Part 1: What is Chunking and Why is it Important for Your Online Course?
Part 2: Goals are the Guide to Learning
Part 3: Visual Aids

Goals of this article:

Dictionary.com defines a goal as

Goals in education are exactly this: directing the learners’ aim and effort to produce a desired result of learning. By adding goals to our content we explicitly inform the learner of the important pieces of information in a specific unit, module, chapter, etc. Goals are like the tracks for the train; the destination on your GPS; the stars for the seafarer. They paint the big picture and help to prime and guide our learners.

Why are goals important to learning?

The goal is the target of the learners’ attention. Consider the graphic below… If I present you with Target A and I ask you to hit the target, where would you aim? You would likely focus on the entire area of the target, right? You might focus on the center so that you have something to aim for. However, there is nothing indicating a specific location of interest, so you’re probably going to focus on at least hitting the target no matter where you land. Now, consider that I present you with Target B — where is your focus now? You’re going to aim directly for the middle. This is what a goal does for learners. It directs their focus and primes them for learning. It’s simple but it’s extremely effective. Of course, the target isn’t always going to be straight down the middle and that’s why it’s so important to direct the focus of the learner towards the learning. An example of this is Target C, where the focus is off center.

What makes a goal good?

We know that goals are important to prime the learner and direct their focus. But are the goals we define good? There are good goals and there are not-so-good goals. Imagine if a recipe listed flour as an ingredient but didn’t tell you how much flour. A goal can be limited by not giving enough information. Let’s consider the following goal:

Okay, so it’s not too bad, our learner is going to learn about the flow of one inning of baseball. Their mind is primed and ready to learn, but the goal by itself really only scratches the surface of what they’ll be learning. What if we tried this instead…

Now you’re not only telling me what I’m going to learn, you’re also giving me more of the details that help my mind to lay the foundation for what is to come. If all I read was this one goal I would already know that an inning of baseball consists of a top half and bottom half even without digging into the actual content. Now we’re cooking!

Goals can also be overwhelming, and it’s worth noting that there is a line between too little and too much. Consider this example:

This goal is giving too much information at once — information overload. A good rule-of-thumb is to limit your goals to 1 or 2 new pieces of information. If you feel that all of the information is needed, try breaking it down into separate goals.

Now that we know what goals are and why they are important, let’s add some goals to our mini-module example about baseball.

The Flow of a Major League Baseball Game

Each half of an inning is played until the defensive team records 3 outs
During their half of the inning, the offensive team has three chances — referred to as outs — to score as many runs as possible. Once the defensive team records three outs, the players swap between offense and defense and begin the next half of the inning. Once an inning is complete, a new inning begins and follows the same pattern until the teams have played at least 9 innings.

Each batter represents an opportunity to record 1 out
Each half inning is played until the defensive team records 3 outs against the offensive team. There are many ways the defensive team might record an out, but in general the following three are the most common:

- when the pitcher “strikes out” the batter
- when a batter hits a fly ball that is caught in the air
- when a player is thrown out while running the bases.

Now we have defined four goals for this mini-module on The Flow of a Major League Baseball Game. By adding these goals we are giving the learner the roadmap for the content that follows. Not only that, we have also embedded just enough detail into each goal that the learner already has a basic understanding of the flow of a baseball game before they even begin digging into the content.

Stay tuned for Part 3 of this series where we’ll work on adding visual elements to further ignite the learning!

If you enjoyed this post, visit learningkeyworks.com for more content on how to design flexible online learning environments. If you’re ready to revamp your online course and unlock potential, sign up for our online course — Supercharge Your Online Course. 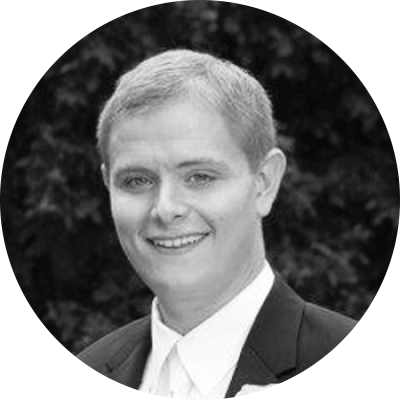 Specializing in website and technology tool development with over 10 years of experience developing online learning environments.